Co-Parenting with Food and Kind Words 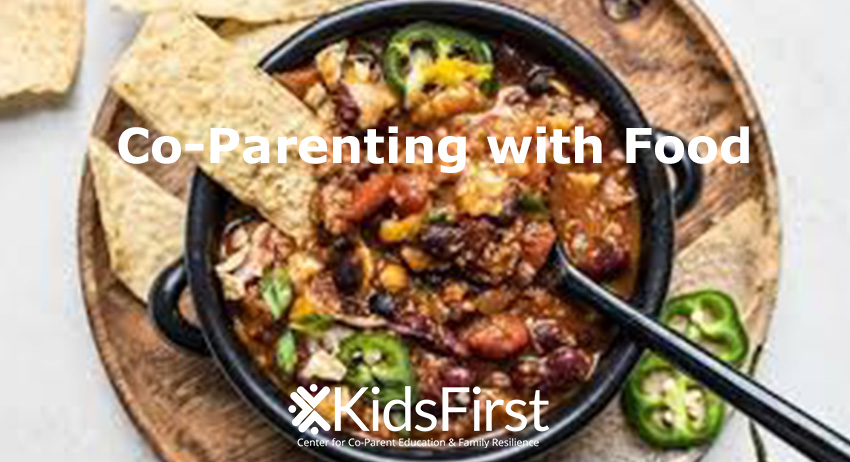 One of the early exercises required of parents attending the nine-week Intensive Co-Parenting Education (ICOPE) program is to say something nice about their co-parenting partner. The idea is that regardless of the conflict parents are experiencing, everyone should be able to say something positive about the person with whom they share a child.

Co-Parenting with Food .... and Kind Words

For some people this is a very easy exercise; for others, it is very difficult. When introducing the task, the facilitators suggest that each parent should share something significant about the other parent that will help the entire group more fully know the other parent as an individual (and not simply, the “opposing” party).

The power of this exercise was revealed in a very simple statement by one dad: “She makes great chili.” Initially, we thought that this father had failed miserably with the exercise. He then explained that their children had not seen their mother for some time, nor did they have any interest in seeing her. This was a devastatingly true experience for the mom. But, he also said that the children missed her fabulous chili and he could not make it no matter how hard he tried. Her homework was to make a batch for the children; his homework was to serve it and use the gift as an opportunity to complement their mother at the dinner table.

Co-Parenting with Food .... and Conversation

It took a few weeks, but the chili offering worked. The sharing of food between the houses opened avenues for conversation and healing. “She makes great chili” turned out to be an incredible compliment. That, coupled with action, eventually led to a reconciliation between the children and their mother.

Co-parenting requires being open to all sorts of unifying actions—like sharing a recipe or cooking for someone that you are angry with--because it’s what is best for the kids.